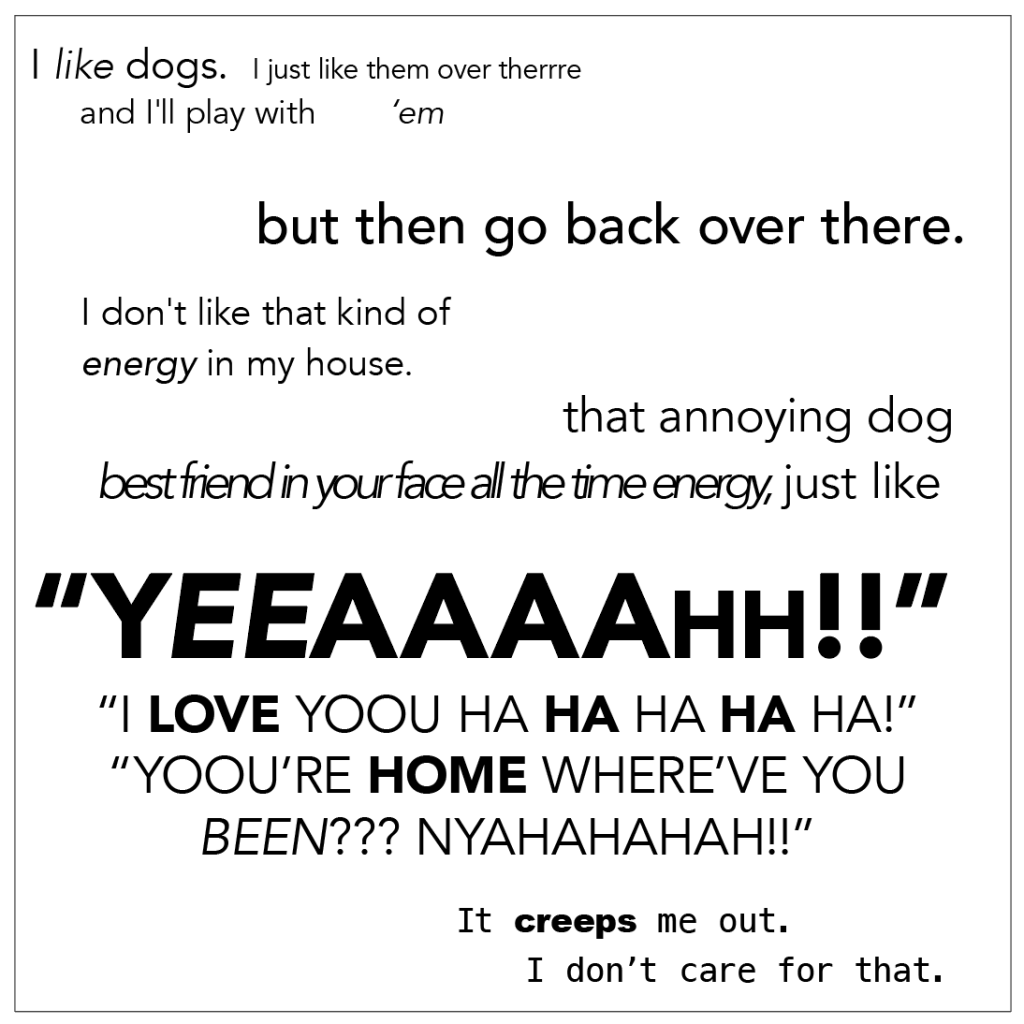 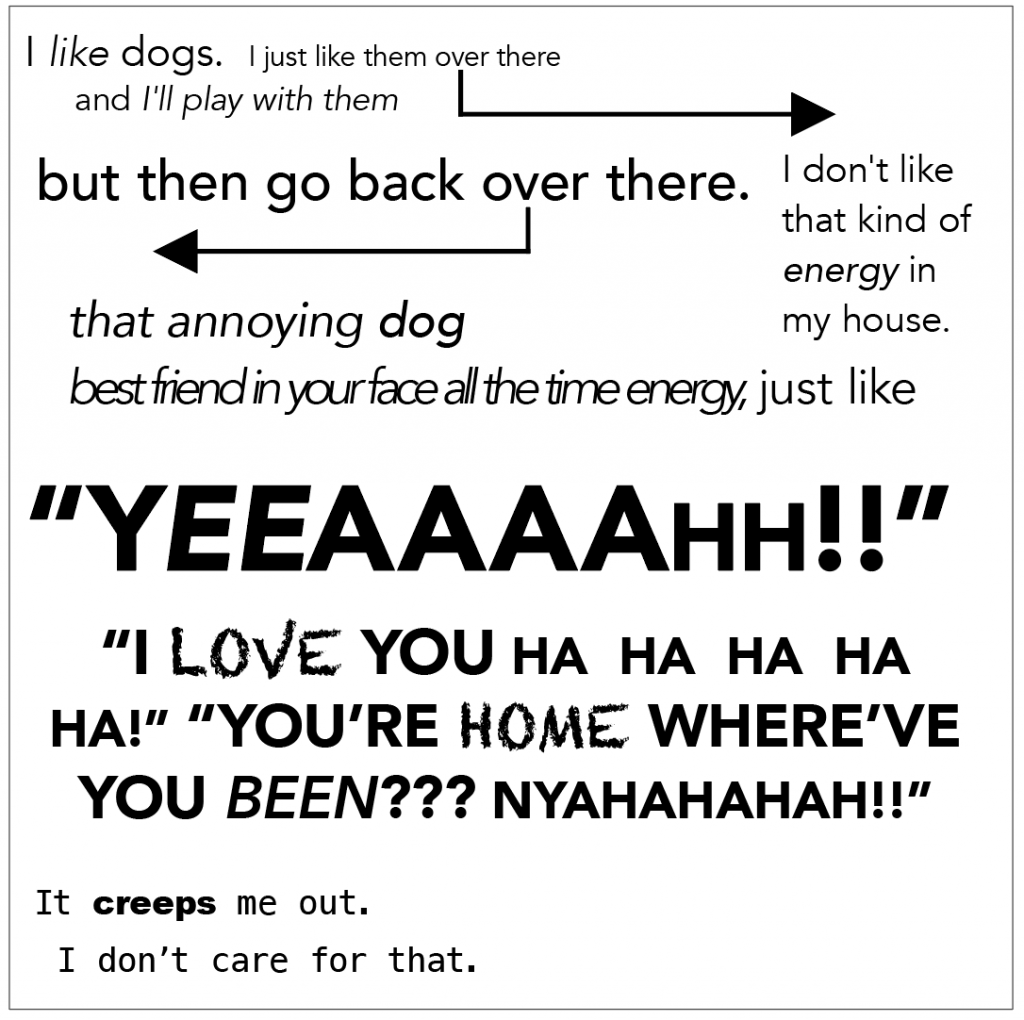 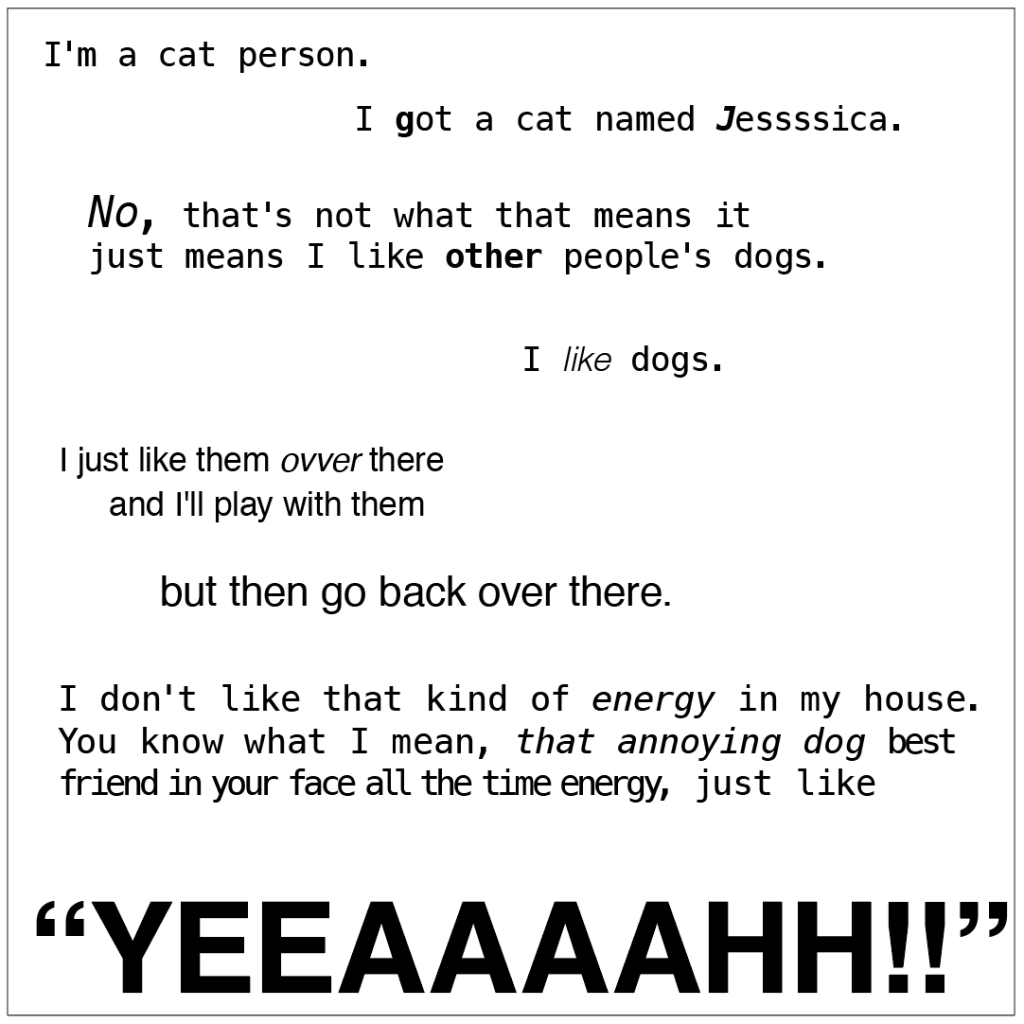 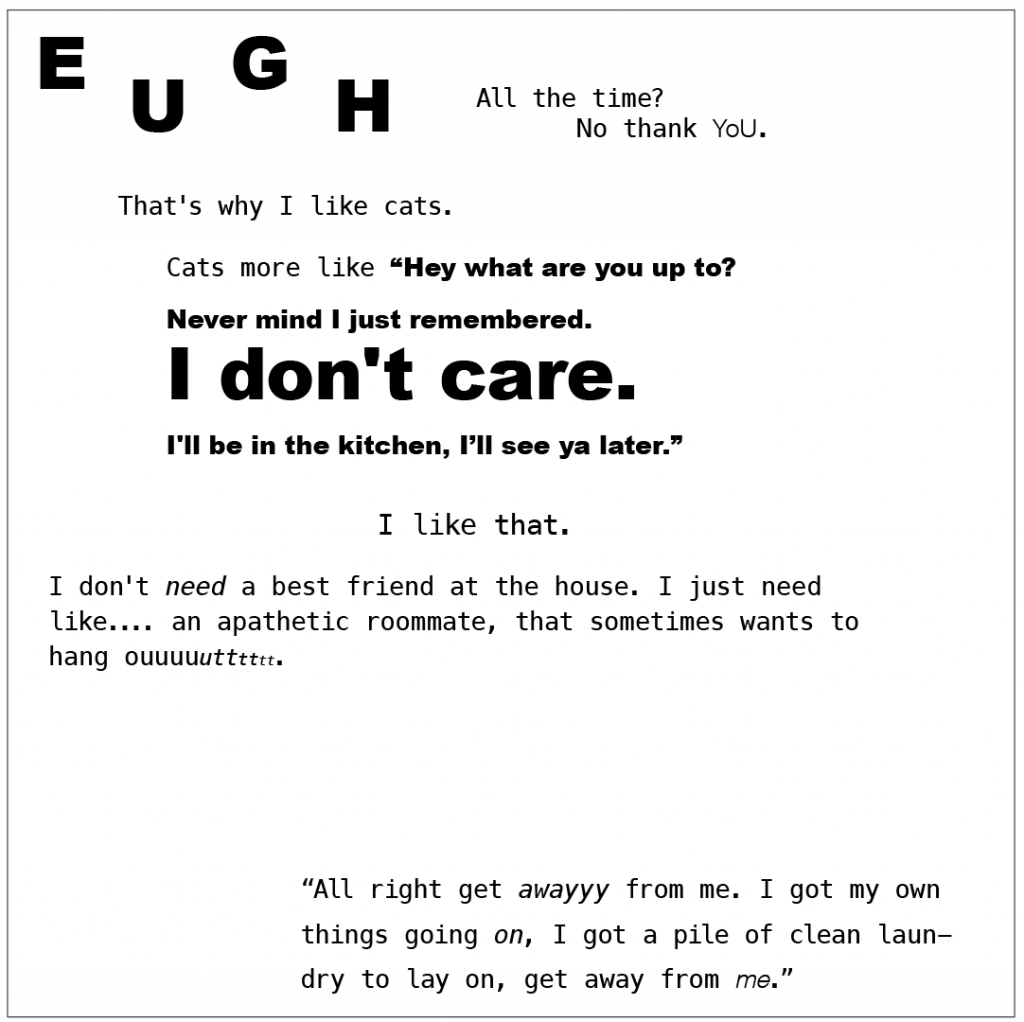 This project began with an exploration of different comedians. I listened to a variety of sketches and determined to use one by Zoltan Kaszas about cats and dogs. After choosing my source material, I transcribed the sketch and determined the parts that best represented Kaszas' sense of character and voice. I then chose typefaces that best represented these traits, along with the sections of dialogue to use to create three compositions. After creating the different compositions, I chose which one worked best, based on dialogue, spacing and type.